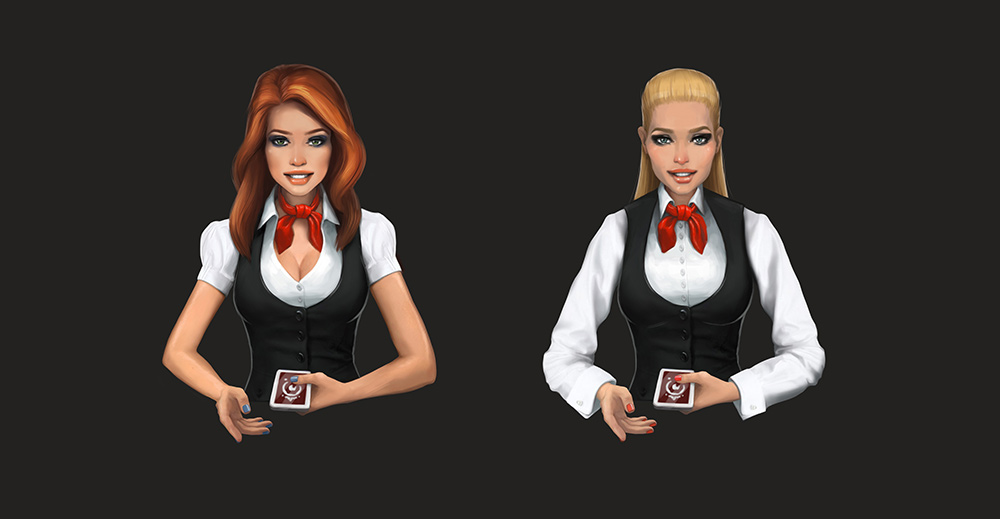 The transition to digital technologies is one of the largest transitions that our culture has ever encountered. Compared to computers, phones, tablets are incredibly complex machines. We concentrated countless machines and their functions on small, backlit screens filled with pixels.

How would you make this sphere of complex and powerful technology attractive for the average consumer? As you may have guessed, many UI designers rely on familiarity or skeuomorphism.

Skeomorphism is a design concept in which elements of ornamental design are used to create three-dimensional effects, so that the elements look like their real counterparts. This can help improve the conversion rate because it makes the design more intuitive. For example shadows and reflections are used extensively for UI buttons and elements to mimic real-life objects and instantly communicate how to interact with elements of a design.

Moreover, game developers now tend to create games in which characters are very similar to real people, and in order to revive virtual characters, they use technology to capture performance. This process involves recording the movement of objects and people, and then incorporating them into video games. As a result, a digital object or character will act just like a real copy of life.

On the other hand, when it comes to static environments, the current trend is to use global lighting in real time, which simulates the reflection of light from the surface on other surfaces.

But skeomorphism is still relevant today is it getting old?

Some developers of mobile casinos are already looking for partnerships with third-party firms to avoid skeyomorphism and create themes that players may face. For example, a major developer in London presents games with beach and romantic themes, and they generally do not look like traditional casino games.